If on your screen see that have a problem that Xbox One Games not loading not is a need to be worried about that. If you ever had an exciting gaming session on your Xbox One and you have noticed that the game suddenly started lagging or froze even though it has never happened before you may have problems with the cache on your Xbox One console.

A lot of users have reported similar issues when loading games. They claim that they are seeing the loading screen but the game does not load. So, before going to the last resort of re-installing the game or trying to repair your console you may wanna try to clean up the cache. You have many games by free Xbox Live codes downloaded in your device? Not worry that will lost. We will show you that this problem for Xbox one games not loading is very simple. We will resolve in five min.

By cleaning up the cache you may get rid of the problems of your game freezing, lagging or unable to start. Unfortunately, the Xbox One does not have the menu option to clear up the cache which was not the case with the Xbox. Still, if you wish to clean up the cache on Xbox One do not worry because it is easy and simple. 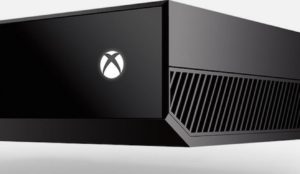 Before we start you should know that there are two methods which you can follow. With the first method, there is only one thing you need to do and it is the easiest way to solve your issue. Just hold down the power button for around 10 seconds and thus you will reset the console. If this does not work, then there is a different method that may take more effort and time.

In this manner, you will do a cold restart of the console and the cache will be cleared. This method may solve some problems which are related to in-game performance and speed.
If you have any additional Xbox One Maintenance tips you want to share please post in the comment section. For the latest news on how to resolve any problems on your Xbox please stay connect on our social networks.

Ideas On What To Do With An Old iMac

How to repurpose an old iMac or simply what to do with an old iMac? From time to time we all (Apple users), have this question on our minds. Well,...